We can finally discover the first images of NBA 2K18 in video. While the gameplay is not yet in the spotlight, 2K decided to show at first the attention paid to the players.

This is not new, 2K cardboard with regards to digitizing players. Every year the publisher pushes realism even further. And the least we can say is that NBA 2K18 is likely to impress more than one. In a trailer released yesterday, NBA 2K18 unveils its first images by highlighting the visual and new techniques used for ultra-realistic rendering.

This year the NBA changes its sponsor. The Nike comma appeared on the jerseys, so 2K went to the New York office of the big league to scan each tunic, each color and accessories (knee pads, elbow pads, etc.) used by players. According to Joel Friesch, art director, more than 200 pairs of shoes were scanned, something to rejoice the fans of sneakers. 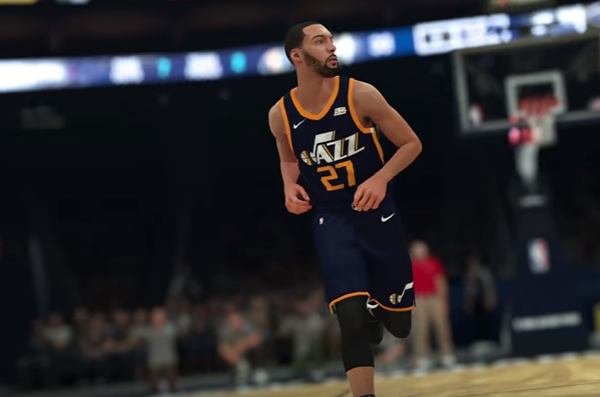 Another novelty, the customization when creating the players has been further deepened. It will therefore be possible to shape the faces as you see fit, but also your silhouette where the weight will be better represented on the characters.

Graphically NBA 2K always seems to top, remains now to see the gameplay since it had caused quite a lot of worries to the developers on the previous opus.

« The Elder Scrolls Online: Details For DLC Horns Of The Reach
Albion Online Is A Special MMO »