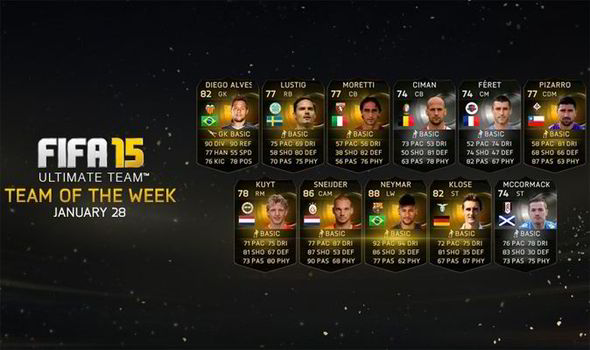 EACH week FIFA Ultimate Team assembles the best players from international and club competition around the world, but this time round there are not Premier League stars to be seen.

The collection of players available to challenge in FIFA Ultimate Team this week instead features one player who could be about to seal a move to top four contenders, Manchester United.

In Turkey, only one point separates first place from third as Fenerbahçe, Be?ikta? and Galatasaray vie for the Super Lig title.

Wesley Sneijder, the attacking midfielder heavily linked in this winter transfer window with a move to England, opened the scoring for Galatasaray as they took care of Rizespor 2-0.

The Holland international has been a long-term target for Louis van Gaal ever since he took charge at Old Trafford last summer.

Sneijder came close to joining the Red Devils before the start of the season, but opted to stay in Turkey amidst rumours of a bid from Juventus.

However, the Italian giants have now given up on signing the former Inter Milan and Real Madrid star, reportedly leaving the way clear for United.

Two players from England did make the overall FUT team, both from Championship clubs.

Striker Ross McCormack made the cut with Fulham, while Odion Ighalo, also a striker joined the ranks of the reserves with Watford.